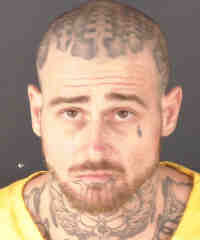 VENICE -The Sarasota County Sheriffs department reported  that Stephen Matthew Havrilka, 30, is in custody on one charge of homicide: murder danger and depraved without premeditation.

Sarasota County Sheriff’s officials confirmed Havrilka was arrested stands accused of beating a woman to death inside a motel room at the Rodeway Inn in South Venice.

the victim was an employee of the hotel. The victim’s family has opted into Marsy’s Law, meaning her name and other details will not be released to the public.

Havrilka has an extensive criminal background including time in prison for burglary, battery on an elderly person and intimidation on charges based out of Sarasota and Charlotte counties.

More details on this story as they are available.

It's your chance to win $1,000 in "Stimulus Cash" from WENG!  Listen for the keywords to win!
Enter Now
View All Contests »